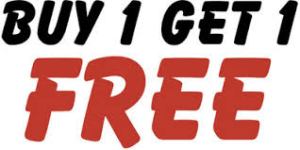 Readers, it  beggars belief.  This morning as they were all dashing around getting ready for work and school, Young Lad announced that he was ‘too ill’ for school and had a bad headache, stomach ache and whatever other ailments he could quickly think of.  In truth he had gone to bed early last night instead of staying up to watch the football, so there may have been something in it.  Yet there remained an air of scepticism.  Anyway, Young Lad kept up the “too ill” act for a goodly while and in the end someone caved in and then there was a mass panic as to what to do with Young Lad all day, as he couldn’t be left on his own.

You will not believe the idea that She came up with.

Young Lad was sent to doggy daycare at Ebony’s house with me.

I kid you not.  As if it’s not taking enough advantage of one’s neighbours to dump one’s dog with them on a regular basis, we’ve now stooped so low as to dump the offspring there as well.  Poor, poor Ebony’s Pack Leader – she was thrust into the role of Florence Nightingale for the day. providing pillows and a duvet and nourishing food for Young Lad.  Plus a comfy sofa and the telly.

More to the point, poor poor Ebony and I.  With Young Lad on the sofa, there was far less room for us to sleep on the soft furnishings and we had no choice but to make do with the armchairs!  This was very disappointing.  I did try to get on the duvet with Young Lad for a while, but really I am used to the full length of the sofa and didn’t appreciate having to squash up.    Another thing that annoyed me is that Young Lad then ratted on me when we got home, telling everyone what I am like at Ebony’s house.  There is a well-known saying, Readers: what goes on tour, stays on tour.

But no, everyone had to be regaled with the tales of how I stood on the window-sill in the lounge (Ebony did it first!), and how I barked at the cats, and how I slept in the chair that Ebony wanted to be in.  Really, no moment of my day was left out in the recount.  Yawn.

Anyway.  I suppose the day had started quite well on reflection, as I remembered that Lad hadn’t eaten his breakfast yet again and there was a piece of toast and Nutella on his bedside table.  (Yes, I agree – sitting down at a table to eat breakfast is far more civilised than gulping it back while looking through the airing cupboard for socks.)  Well I was up those stairs like greased lightning and in one graceful leap across the room, had the toast down in one gulp.  It was nice.  Nutella is made from chocolate and hazelnuts, I believe, which are both very bad for dogs but it didn’t bother me.

Readers, tonight is Wednesday night yet there is an unusual air of calm about the place!  Dinner was eaten at the table, the washing was put in the tumble dryer and nobody has been running around screaming HURRYUP which usually happens on a Wednesday night.  This is because the weather is apocalyptic and cricket training was called off.  Honestly, the rain again today!  And hail.  This time a fortnight ago it was hotter here than in Spain – you’d never know it.  So I didn’t have my weekly walk round the cricket ground eating pigeon poo, but on the plus side there is a cricket match on Sunday morning so I might get my chance then.

Oh I had to laugh last night.  Young Lad decided to have an early night as he was feeling under the weather, and it was a bit chilly so She switched the heating on.  The radiator in Young Lad’s room always blocks with air and needs bleeding, so She got the little key thing and tried to bleed it.  Now Readers, you and I both know that patience is a virtue but patience is sadly lacking in this house, so when it was realised that the bleeding radiator was taking rather a long time to expel its air, She decided to ram the key round a bit further.  The result of this was that the key shot out of the valve on a tsunami of radiator water, which squirted violently along the wall and all over the carpet.  This went on for a very long time with a lot of muttering and some bad language – eventually Lad was drafted in to jam a tiny screwdriver in the valve to hold back the flood.  Whilst Lad held the tiny screwdriver in place and googled “how to stop a radiator spraying boiling hot water all round the room” with his free hand, and Young Lad sat on his bed moaning that he wanted an early night, and I generally sat in the way, She ran down the road in her socks to dear Ebony’s house (yes! them again!) to ask for advice.

Dear oh dear, you couldn’t make it up.  Finally Lad located the small screw thing that had exploded out of the valve, shoved it back in with full force against the tidal wave of water still coming out, and managed to turn the ruddy valve off.

All in all this debacle had taken nearly an hour of my evening.  And there was poor Young Lad, still trying to have his early night amongst an assortment of allen keys and screwdrivers.

Well, I haven’t mentioned her lately but my very dear friend Meghan Markle has been in the news today.  Not with her beagle Guy, sadly, but because she has added to the royal family with a baby boy called Archie.  I am very pleased for her and know that she will make a wonderful mother as she is clearly a woman of taste, intellect and great kindness as only these kind of people would have a beagle.  My own family are the exception to this of course.

Goodness me look at the time.  Not long till bedtime I hope, as it has been quite an exhausting and emotionally challenging day today, having to share my daycare with Young Lad.  I really don’t like being out of routine like this.