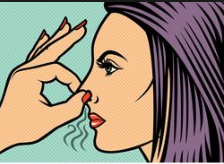 It’s been a funny old weekend.  Due to it being a bank holiday weekend the weather has been inclement, and yesterday we had to endure torrential downpours in addition to hailstones the size of golf balls.  Luckily I was asleep in my chair during this but even so!  When we did go out for my walk, later in the afternoon when it looked like the rain might hold off for half an hour, it was wet and muddy everywhere.  The rain didn’t hold off and it tipped down on the way back from Far Field.  I tried to stand under some bushes until the worst had passed but was dragged out with an irritable “let’s just get bldyhome.” Personally I think standing under some bushes was a far more sensible option.  I think there was an air of vexation due to the number of times the washing had been hung out on the line, been soaked, taken back in again and the whole process repeated.  I did wonder why She didn’t just use the tumble dryer like most people but there was some muttering about cost.

Anyway, I have been very good and not rolled in any fox poo for several days.  To be honest it did become a little wearing last week having to get in the bath day after day – even at dear Pippa’s house – so I decided to give it a rest for a few days.  I have, however, dragged everything out of the recycling bags several times and ripped up boxes and packets all over the garden.  This was amusing as the garden has been “done” recently (don’t be thinking Alan Titchmarsh) and was tidy for once, until I threw cereal packets and potato waffle boxes all over it.

The end of last week was absolutely lovely with another nice day at dear Pippa’s house, where I made myself very comfortable on the soft furnishings and slept for most of it – please note I did not leak anything onto their sofa.  And then Friday was with dear Ebony, so was another day of good company and rest.  Then it was the weekend which meant I had to stay home with my own family and be moaned at a lot.

It’s quiet here this evening which is a good thing, as it’s been a busy day.  I say again, Readers, Sunday = day of rest.  We did all have a nice lie-in this morning for a change, and then after putting on washing load number three bldy hundred of the weekend, She ‘popped into town’ as we were short of toilet rolls or some such excuse.  Readers, Costalotta in town is closed for ONE WEEK for a re-fit!  Oh dear Lord.  Someone feels that their right arm has been ripped out of its socket – what on earth are we going to do?  The trauma!  After much lamenting and wandering around town like a lost soul in distress, an alternative coffee shop was found but it just wasn’t the same.

Then there was some dashing around telling Young Lad to get in the shower, as his football team were meeting in the pub before the Men’s Cup Final.  I’m not sure how appropriate it is for someone of Young Lad’s tender years to be meeting in the pub, but they were putting on food this time so I could see the attraction.  Detention Friend arrived good and early, in anticipation of the pub food, and off they went.  The plan was an hour and a half in the pub followed by two hours at the Men’s Cup Final – there was some swapping over of supervisory roles halfway through this and He ended up going to the football match as She was ‘busy’.

‘Busy’ actually meant taking me for a very long walk, chatting to people and hoovering the lounge.

Whilst in the pub with Young Lad and the football team, a very nice lady said that she reads my blog every time I write one.  This is very heartening, Readers, and shows that there is still a place for my words.  Some people have excellent taste in their reading material.

Lad has worked very hard all weekend doing a lot of revision and schoolwork and occasionally shouting “Mr xxxxxx  is a complete ARSE” due to the amount of homework Mr xxxxxx has set.  Lad feels it is most unfair that so much work is expected of him and I have to agree – it does worry me how hard poor Lad is working.  Then again he has just caught the 5pm train to a town far away to hang out with his friends for the evening so it’s not all work and no play.

Well you would not believe the amount of preparation for Line of Duty’s concluding episode tonight.  Nobody has the faintest idea what’s going on but this doesn’t seem to deter them from turning it into something akin to Christmas.  There are crisps, popcorn, savoury biscuits, fizzy drinks and of course Gordon.  Dear God.  I will sleep throughout it, though I must admit that a lot of throat-slitting seems to go on in this programme with subsequent loud cries of “on NO!!” which wake me up.  It is irritating to say the least.

Let’s hope they spill some Pringles in their excitement.