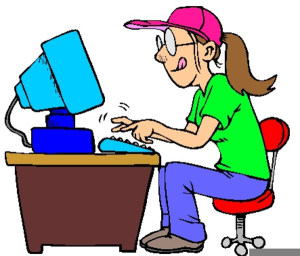 Readers, it has been brought to my attention that I have not written a blog for several nights.  There has been an unacceptably long gap between my musings this week, and I can only apologise.  There is no excuse for this – oh I’ve heard some muttering about a Heavy Workload – but really it is just a question of Time Management. I have tried saying that we must look after our Readers but to be honest I don’t think She’s listened to anyone.  Especially not me.

For example, Young Lad had a test in History today about the French Revolution.  Young Lad did not score well.  Is there any working-mother guilt about the need to have sat down and helped Young Lad to revise about Robespierre and old women knitting by the guillotines?  No, apparently not.  Young Lad has been moaned at and told he should have tried harder.   Perhaps with some proper parenting, as a change from shrieking “I’m busy” from behind the laptop, Young Lad might have achieved a little more. Poor Young Lad.

We’re all feeling rather neglected.  Gingercat’s fur has become matted again and needs a brush, and we know that won’t be happening any time soon. I made a big fuss when She tried to put the flea treatment on the back of my neck last week – I ran off and growled – and no further attempt has yet been made.  It really isn’t good enough, Friends.

So to make a point, I looked in one of the kitchen cupboards the other day and dragged out a box full of spices and jars.  It fell on the floor but didn’t break, so I pulled a few of them out and  had a look through.  By the time everyone came home there was curry powder all over the kitchen floor, and peppercorns over the lounge carpet.  The box of stock cubes was open but I only ate one this time, as I’ve eaten multiple stock cubes in the past but have found them rather salty.  Anyway, I’d made a glorious mess which was quite fun and filled a few minutes.

I’ve also been rather barky this week.  Down at the river there was a man and a lady walking along the path, and they had no dog with them.  They were clearly up to no good because there is no reason whatsoever to be down there without a dog. So I barked and howled aggressively at them to make it clear that I knew what they were up to.   They told me they were friendly but I wasn’t about to fall for that old chestnut, so barked a bit more.

Then on the way back over the river, a German Shepherd’s Pack Leader was leaning over the railing in a rather alarming way, looking at the Bastard Swans.  I was afraid that she was about to fall in without realising, so I barked and barked at her to warn her that she was leaning over the railing in an alarming way.  This Pack Leader just said “oh hello Russell,” and carried on her dangerous leaning.  What can you do?  Nobody can say I don’t try.

This morning my stomach wasn’t feeling quite right, so at around 4am I needed a comfort break in the garden.  I stood at the top of the stairs and whined until Lad got up  – I know! Unusual! – to let me out.  However I was rather startled to see Lad doing something helpful at this hour of the morning, so I barked loudly at him to let him know that I knew he was behaving suspiciously.  This had the desired effect of waking up She, who then had to take me downstairs to the garden.

Anyway, I’ve had a nice day today at dear, dear Pippa’s house and whilst I didn’t steal anyone’s lunch I did sit very close to them while they were eating and stare hard at it.  I was rewarded with a titbit.  Yesterday I was at dear Ebony’s house and had a lovely time there, as well.  Notice how little time I spend at home these days, Friends.

To add insult to injury, my own family failed to collect me from Pippa’s house today.  Oh they all drifted home from school and work, and the last one home was She in the usual frantic Wednesday night hurryup it’sbldyfootball way of things, but nobody seemed to notice that I wasn’t at home.  Young Lad and Detention Friend were eating cake and playing Fifa 19 on  the Xbox, Lad was revising – yes, I know! – on the sofa, and He was making a cup of tea.  She came and screeched where’sthebldydog  has nobody noticed thebldydogisn’t here, and flounced back out the house to come and collect me.  The shocking truth, Friends, was that it was nearly 6PM by the time I was picked up!  And I had missed my dinner time by nearly 2 hours!  This is neglect, pure and simple.  So I’m sorry, but no I did not want to stop and chat to Colin the Labrador from next door as I jumped out the boot of the car , I could not care less about Colin from next door, as I was DESPERATE for my dinner and virtually in a coma from hunger.    And I’m sorry if this hurt Colin’s feelings as he hung round the boot of the car, wanting to say hello, but some things are more important.

How can you forget to collect your dog from daycare?  It does make you wonder if Lad and Young Lad were occasionally left at nursery overnight when they were little.   It wouldn’t surprise me.

Dinner tonight was poor all round.  Really I should have had a bigger portion of mine than usual, having had to wait an extra two hours. Young Lad and Detention Friend cooked themselves oven chips and Detention Friend said they were still cold in the middle when they ate them.  Luckily there was some home-made cake to make up for this.  Lad came in and cooked himself a bowl of pasta but failed to do any vegetables.   She had a bowl of soup and a small sandwich.  Really where is the nutritional responsibility towards one’s family?  And making Young Lad eat a plate of healthy malt loaf when he got home from football does not make up for the lack of proper dinner.

I can only hope the week improves, Friends, but I wouldn’t put money on it.