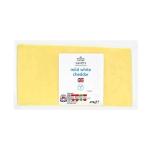 I was bad yesterday.  In the evening, pity was taken on Young Lad when he returned from  a hard day at school and cricket practice, and cheese on toast was made for him as a late evening snack.  Now, it isn’t prudent to leave a large slab of mild cheddar on the working surface and turn your back – clearly nothing has been learned from previous mistakes.  So while She turned round to get the bread out of the bread bin, I jumped up and snatched the slab of cheese, running as fast as I could down the garden with it.  Oh the screaming.  I hid under a bush and tried to chank my way through it – just imagine how physically hard it is to eat a whole slab of cheddar – but She came at me under the bushes with the broom, so I had to run out and hide in the goal mouth.  Obviously there was now no point in pursuing me, as the cheddar had virtually gone and no way would I have let anyone take the rest out of my mouth.  Such was the shouting and screeching of, “you NAUGHTY NAUGHTY boy!!!” that the nice neighbours on the right looked over the fence to see what was going on.  They found it very funny that I had run off with the cheese, and that cheese on toast was now not possible and Young Lad would be having just toast.  The nice neighbours on the right and She stood there chatting, and laughing about the Nature of Beagles in a whimsical way, whilst I finished eating, but of course as soon as we went back inside I was sent to my bed.  By God that cheese was nice.  I needed a lot of water in the evening, though.

Then this morning, I was moaned at for needing a comfort break at 5am – well, I’d had loads to drink, hadn’t I! – and taking too long over it.  That time of the morning is really lovely, and the garden has a quiet freshness to it that deserves to be savoured.  I like to stand under the apple tree for a long, long time looking around and thinking.  However this doesn’t please everyone, as they want to get back to bldy bed as the bldy alarm will be going off in forty minutes will you HURRY UP!!  For goodness’ sake.   A bit later on, Young Lad was again too busy looking at his phone when he should have been eating his breakfast, and I helped myself to his toast.  I’m sorry that Young Lad has been targeted twice like this, but if a better standard of parenting was shown, neither of these events would have happened.  This is because:

1.  Good parents would enforce the no phones during meals rule.  Abysmal.

2.  Good parents would not be making cheese on toast for their offspring at 9pm as cheese is high in fat and salt, and not good for aiding restful sleep. Good parents would have provided a mug of Ovaltine and some banana tea loaf.

Ergo, I was well within my rights to intervene in both of these cases of neglect.

Anyway, I’ve  had a marvellous day today.  We had a nice walk this morning by the river – I still limped when She looked – and the silly fast pace was kept down by a severe problem with hayfever.  Apparently the pollen count this week is one of the highest it’s ever been, and this was not helped by the cricket bat willow trees sending off clouds of white puffy  stuff into the air.  There are a lot of cricket bat willow trees by the river, and therefore a lot of white puffy stuff.  After two miles of sneezing, gasping and trying to rip one’s eyes out, we called it a day and headed home.  Perfect.  Once home, I had a lovely sleep upside down in my chair, while She watched a Belgian noir drama thing (a refreshing change from the more northerly Scandi ones) whilst holding a cold compress to her eyes and trying to breathe.  It was very peaceful apart from the sneezing and gasping.  Then, Friends, things took a more exciting turn.  I was told we were going visiting!!  I LOVE doing this!  It’s so much more interesting at other people’s houses than mine.  First of all we popped in to her place of work – initially I was told to wait in the car, but as it was quite hot in what is essentially a tin box, I was allowed in the building for a few minutes!! Oh the fun I had, dropping my white hairs all over the nice blue carpet in the office.  I was stroked and talked to and made a fuss of by a beautiful and gentle lady in the office and I loved it.  The first thing I did was look in the bin, of course, but after that I responded to the adoration.  The carpet wouldn’t have had quite so much white hair on it, if I hadn’t been stroked so much – it wasn’t my fault.  Anyway, it’s overdue for a good hoovering in there.

Then we drove on, to visit Sicknote.  Normally this is a very relaxed affair, and I like it at Sicknote’s house as there is a tin of Chedigree Plum treats and I know where she keeps it.   Charlie lives there too, and I like him because he and I wander round the garden slowly, cocking our leg on various things and barking ferociously at anyone that walks past up the lane.  But not today.  Today was very different, Readers, as Sicknote has only gone and acquired a puppy!  Yes, a youngster of my close relative the Bassett Hound.  Now this annoyed me, and I feel it is a mistake.  The little ankle-biter followed me round and round the garden, trying to make me play with her, and you all know that I just don’t do that.  It irked me quite a bit, and detracted from my chilled afternoon with the much more mature Charlie.  It was rather like being followed around by a large lop-eared rabbit – yes, divine velvety ears, yes, wonderful loose wrinkly coat, yes brown eyes to die for – but really.  Eventually I took pity on the little chit of a thing, and did run round the garden in a silly tail-between-the-legs way for her to chase me.  I did this twice.  That was more than enough.  So for the rest of the afternoon, while She and Sicknote drank cups of tea and tried to chat, I barked and brayed at all the annoying dog walkers walking past Sicknote’s property.  Charlie joined in and we made a heck of  a racket.  This was to show how protective we are of the new Bassett Hound puppy, but of course it wasn’t appreciated.  I was moaned at and sent inside.

Lad has had more exams and has also had more money-making ideas, that don’t involve leaving the house.  This is very clever, and Lad should be respected far more than he is, if you ask me.  Lad has been doing well with his money-making schemes, though a technical hitch today means that he has had to stop, and start again in the name of someone who is legally an adult and therefore able to do these things. Poor Lad.  He is not deterred by a mere legal technicality, though, and this speaks volumes of his determination.  Young Lad, on the other hand, is having a bit of a mare this week.  Yesterday he forgot to put any clothes in his cricket bag, which was needed for the evening.  This meant a lunchtime dash across town so that She could grab his cricket clothes and put them in the right place.  Then today, Young Lad knew full well that he had after-school cricket.  This time he packed his PE kit, but forgot his trainers, so this meant another lunchtime dash across town to grab his trainers and take them to his school.  Imagine how amusing She found it when, after school, Young Lad phoned her to say he couldn’t find his PE kit and maybe he hadn’t packed it after all……….. Stern words were had, about organisation.

I’ve been to Ebony’s house twice this week, and it was wonderful each time.  Tomorrow I’m going to dear, dear Pippa’s and I’m looking forward to this.  I’m rather hoping the cheese has gone through my system by then, as there might be a bit of clearing up needed and that’s not fair on their Pack Leaders.  To be honest I’ll be glad to get away from all the bldy hay fever, sneezing, moaning and rasping breaths that are spoiling my evening here.